Along the Ring of Kerry.

It’s known as the Emerald Isle!

A land of lush green countryside, brimming with character and magic that can cast such a potent spell, it beckons us to return there as home even when we’ve never once been – 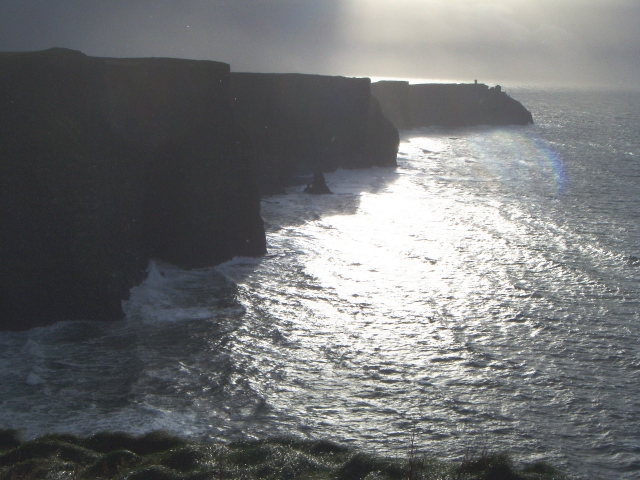 I’ve had the good fortune to visit Ireland on half a dozen delightful occasions!  If I’m honest though, that’s not because I’d fallen under its spell directly – I mainly kept happily tagging along with others who couldn’t resist the call!  They’re the reason why even more than from the brochure images or the poets or the melancholy tunes, I’m bidden to return to those rolling hills and wave-sculpted cliffs by my experiences there with ones I hold dear – and by the sights, sounds and sensations that bring them back to me.

Like the syrupy sweet taste of bread pudding that, yes, produces yummy joy – but also a mind’s eye view of a specific windswept Irish hillside!  Or the sight of Kim and Kanye West which can transport me, strangely enough, back over that ocean wild and wide.  Or like images of the northern lights that help me remember how extraordinary things can happen when – and where – I least expect them!

Even when I pull a certain book about Shakespeare’s English kings off the Bardish row of my shelf, my thoughts actually drift to the historic seat of Irish kings!  This book reminds me too how I might have resisted the spell of the Emerald Isle partly because I’d already been bewitched by that jewel of an isle next door – the one Shakespeare has a character call “This precious stone set in the silver sea”.  I’d fallen for England and I tend to stick by whomever I arrive with to a party.

Even earlier, I wasn’t that enchanted by Ireland simply because (perversely, I know) I felt I was supposed to be.  I wondered how the country had basically finagled its own official day here in the States while other worthy lands went unheralded – and why I should be forced on that day to wear a color that doesn’t really suit me, or otherwise face the indignity of being pinched?

Nevertheless, an Irish stamp ended up on my passport when I planned my first European backpack tour in college.  That’s because traveling with me was my childhood friend Kelly – and her name alone should be a tip-off that, oh yes, the two of us would be hitting Ireland!   But we only briefly visited Cork and Kinsale before catching a ferry to the Continent on our whirlwind eight week adventure – thankfully, my future would hold more of the island in store!

Years later, as luck would have it (Irish luck, perhaps?), my dear friend Judy moved to Ireland – and I felt it only right to do my part to keep up the relationship by visiting her there periodically.  Later still, when a small window of time opened for me to take a trip with the folks before being tied down to a new job, guess where I caught up with those gallivanting retirees? 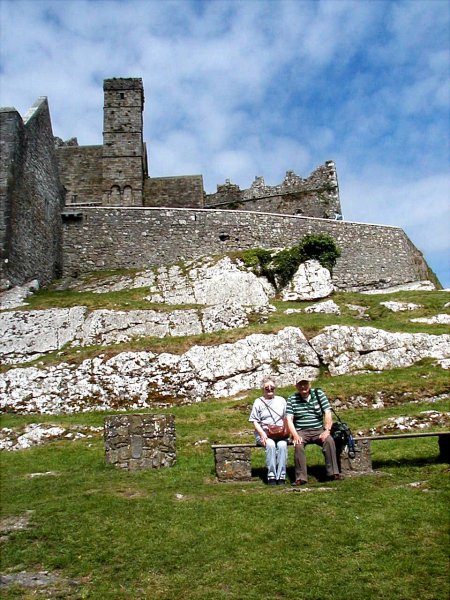 Mum and Dad at the Rock of Cashel.

Yes, my devotion to friends and family can be exhausting but, as I’ve owned before, I’m a giver!

The result of these Irish rambles is that sure, stuff like four-leaf clovers, leprechauns and a nice glass of Guinness naturally call the Emerald Isle to mind – but so do a host of slightly less intuitive mental mementos!

Take the northern lights.  Now, I’ve traveled up to Alaska, taken numerous trips to Canada and been twice to Finland.  But which country is the only one so far to afford me a glimpse of the northern lights?  That would be the Republic of Ireland!

Back in 2003, I visited Judy after she’d first moved into a little place near Dublin, and we spent a marvelous day winding south through the dramatic mountainsides of County Wicklow to meet up with friends in Ashford.

We cruised through breathtakingly beautiful areas where parts of movies like Excalibur and Braveheart were shot – and we only grudgingly gave up our sightseeing when the filmic scenery around us completely disappeared into darkness.  But rounding one more bend, we became mesmerized by a dazzling curtain of wavy light that suddenly filled the sky!  Was this a leftover Hollywood special effect – or was it something else?  We found no support at the pub in Ashford for our theory that we’d seen the northern lights – Judy’s friends figured the latitude was all wrong and we must have been sampling the Jameson’s a bit early.

But a front page story in the next morning’s Irish Times proved we had, indeed, caught sight of a rare Irish aurora – better even than a rainbow, I’d say!

I’d also say the chances would be similarly slight that a sighting of Kanye West or Kim Kardashian would make me think of Ireland.  But surprise!  News of their doings is tough to avoid – and I couldn’t help learning that the pair spent part of their honeymoon a few years ago in an Irish castle in County Limerick.  Turns out I vacationed in the very same castle – and I did it first!

Me at Castle Oliver!

The place has since changed hands – but in 2009 when Judy was looking for a special way to celebrate her 40th birthday, she rented Castle Oliver and invited a gang of Irish and American friends to join her.  Again, purely from a desire to be supportive, I resolved that if it was Judy’s wish to spend a couple nights having the run of a whole castle with a bunch of friends (and with a butler included!), who was I to disappoint?

So on a slightly damp fall day, I found myself in the back seat of a rented car traveling from Dublin to Ardpatrick and admiring both the scenery as well as my American friends’ fortitude in driving on what we considered the wrong side of the road.  My contribution was as part of an advanced “collision avoidance system” consisting of four passengers who kept their noses pressed to respective windows and hollered “Tree!  Fence!  Car!” as the need arose.

All dozen or so of us arrived safely at Castle Oliver where we had the enormous pleasure of making new friends and bonding with old ones, having the run of the estate, and exploring the verdant countryside beyond.

Staying in a castle felt to me like being in a museum where I was free to step over all the velvet ropes!  And I took full advantage of my good fortune by traipsing (um, traipsing with the utmost respect!) through every unlocked door, opening every sideboard and sampling the complimentary contents of every decanter I came across!

Trying an enhancement to the decor!

It was pure bliss!

And is there a chance I wound up becoming some kind of trendsetter or influencer?  Was it mere coincidence that “Kimye” honeymooned in a castle I stayed in several years before?  Okay, I know they couldn’t have seen it on Instagram because I don’t have an account.  So I’m not really saying anything.  I’m just saying though that if the pair starts playing ice hockey and tweeting about Star Trek, they’re definitely following me somehow!

Yes, there were clear benefits to having a pal with an Irish address – especially one who knew me so well!  Thanks to Judy, I’m pretty sure that when my beloved Kings met the Anaheim Ducks for an NHL match-up in O2 Arena and when Sean Bean essayed the title role in a West End production of Macbeth, I was the very first U.S. resident to know!

As Judy was also aware of my fascination with ancient history, she made sure my visits included trips to amazing places like the Hill of Tara in County Meath.  This archaeological complex includes a passage tomb known as the Mound of the Hostages that was built around 2500-3000 B.C., and the Lia Fáil (Stone of Destiny) that’s thought to mark the spot where Irish kings were crowned. 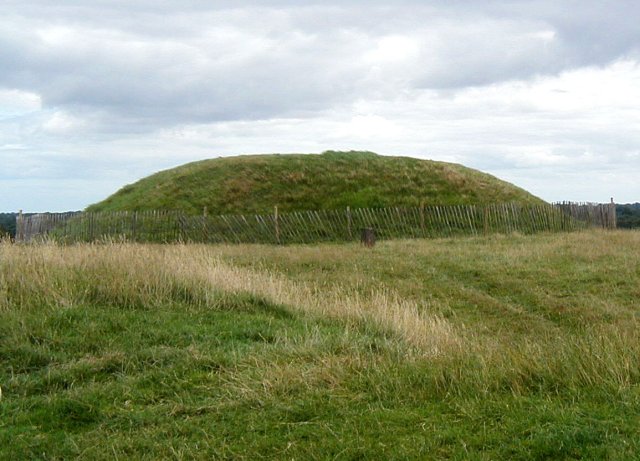 At the Hill of Tara. 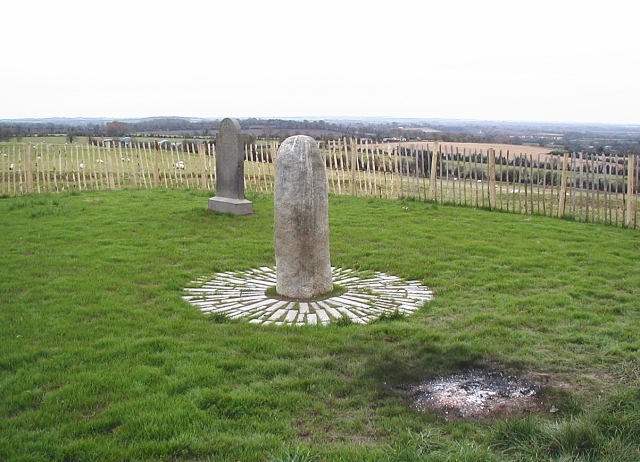 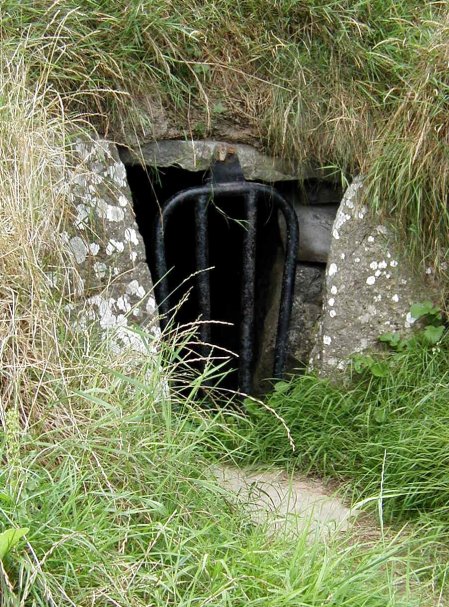 Entrance to Mound of the Hostages.

A less ancient but still treasure-filled Hill of Tara feature is a shop full of wonderful old books!  Again, knowing me as she did, Judy made me a gift of that book about English kings in Shakespeare’s plays which, according to an inscription inside, was first given as a birthday present over 100 years ago: 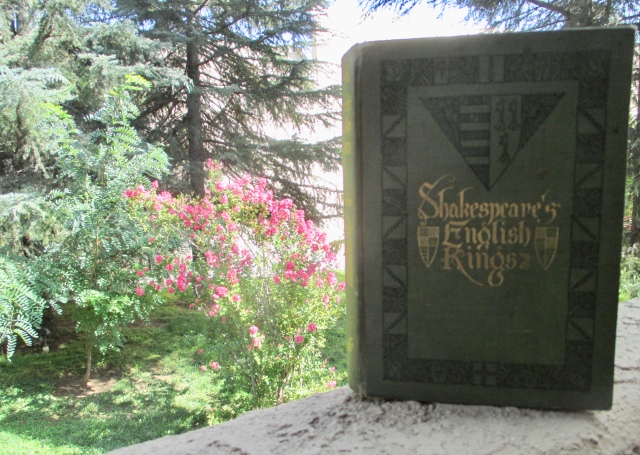 It now sits on my shelf not just for reference but as a reminder of a very dear friend – and of a country I must have been destined to take into my heart.

Those are a few of the unexpected ways I feel connected to Ireland.  So how come the shortest day of the year also makes me think of the country?  And why was I moved to recall those spectacular Wicklow Mountains while touring the Civil War battlefield of Antietam?

In the meantime (as the Irish prayer goes), may the road rise up to meet you and the wind be at your back! 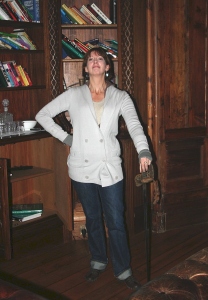 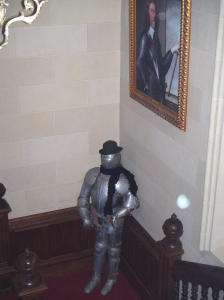 ← The “Casting to the Rise” Bit
Ireland: The Unexpected Touchstone Bit (Part 2) →
Follow TESSEROLOGY on WordPress.com