View from the tea room at the Huntington in San Marino, California.

Happy New Year!  So has everyone survived the holidays?  My season was full to the brim with planning, shopping, parties, events and a week-long road trip – plus two get-togethers that gave me a much-needed opportunity to slow down and appreciate life in the midst of very hectic times.

The first time I think I recognized the benefit of sitting down to tea was – not surprisingly – in England.  During two college-aged backpack trips, I was persuaded to trade my long-time companion coffee in for tea with my breakfast.  And while not everything I considered essential was available en suite in the bed and breakfast rooms I stayed in, pots for heating afternoon tea water always were – and I embraced them.

And boy do I love the goodies that go along with a proper tea!  My personal favorites are cucumber sandwiches and any pastries with berries in ’em!

But I’ve discovered from my travels that many other treats go along with taking tea!

Pausing for tea when traveling has sometimes proved a hard sell – especially to an active guy like my dad was.  I suspect he viewed it as losing daylight when there were places to go and things to see in favor of some pastime for little girls – and it really didn’t match his restless style.  (Even while enjoying some new sight, I think part of him was always already wondering what excitement might be brewing just around the corner.)

But when Mum and I had the pleasure of traveling with Dad, I’m afraid we outvoted him at tea time – resulting more often than not in what I used to call Dad’s “tea face”:

This picture just says to me: “Yes, yes, this is nice – but I’d like to get going already and what I’d like even more is a scotch…”

We did try to find ways to help Dad accept the results of our democratic process – like on a time when we were traveling in Finland.  We’d spent a glorious day in the southern city of Lappeenranta, taking a boat ride around the region’s island-studded lakes and wandering the Cavalry Museum.   But Mum and I were ready for a tea break. 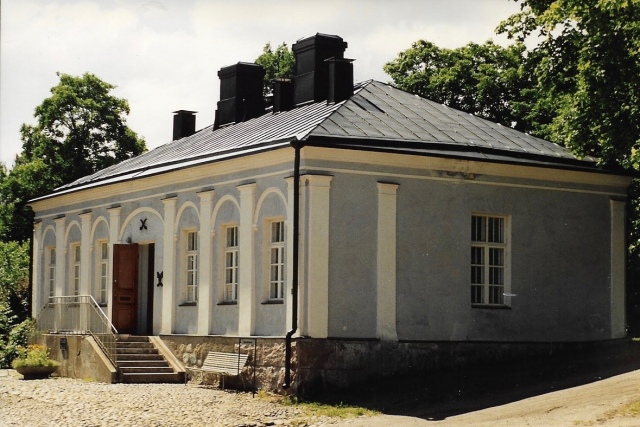 Tea at the Cavalry Museum in Lappeenranta!

Dad balked like a horse at a high fence over the idea – until we discovered that Marshal Mannerheim, who helped guide and defend Finland through World War II, was said to have used that very room back in the day to smoke cigars and strategize.  When Dad learned he was drinking tea in a place so steeped in history, he decided he could hang there after all!

Another elegant touch I’ve savored along with my tea is live music!

I’ve been lucky to make a couple visits to the English city of Bath where I enjoyed viewing its stately Royal Crescent, impressive Roman ruins and have had tea twice in the Grand Pump Room.  (I enjoyed visiting even though I was snickered at for pronouncing the city too much like a sheep would…) 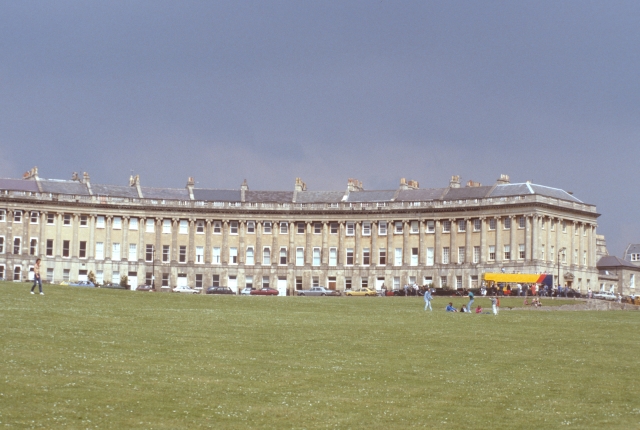 Along with the “medicinal” waters one could taste which used to be part of the locale’s attraction (upon tasting, I think there are illnesses I’d rather have), there’s a long-standing tradition of treating patrons to an infusion of either a music trio or piano’s playing while they dine.  During one of my backpack tour visits (hence, the old pictures…), the refined strains of classical violin music were almost enough to transport me away from modern times (and from the weathered jeans, wrinkled t-shirt and sneakers I’d been wearing almost exclusively for weeks) into a much more gentile day.  Although the illusion wasn’t quite complete, it did improve my posture for a time.

And as if the exotic destinations where two Mediterranean cruises the folks took me on weren’t enough, our ship also offered afternoon tea complete with chamber music – enough to coax a smile even from Dad who was always ready to appreciate fine music and dessert!

Cruising with pinky up past the coastline of Crete!

My two youthful backpack trips had been of the “If it’s Tuesday, this must be Belgium” variety where I rarely spent more than a night in any European city or a week in any country.  I raced around Britain and the Continent with the desperate conviction that I may never pass this way again – and in most cases, that’s been true (so far, anyway – but give me time!).  I was seeing an awful lot but did come to wonder if, in my haste, I wasn’t still missing out somehow.

One day, after my travel companion Sophia and I had dashed around England’s charming Cotswolds and historic Blenheim Palace, we thought we just had time to grab some tea and shortbread before catching the bus back to our B and B.

We’d taken in so much at our breakneck pace – including on this day when we’d wandered the storied University of Oxford and seen the splendid estate where Winston Churchill was born!  But too soon we found we’d have to cut our conversation short and inhale our tea and cookies if we were to stay on track.

This time though, we decided to check the schedule and see if there wasn’t a later bus to be caught.  There was.  And instead of rushing our tea time, we settled back to continue chatting about all we’d seen that day with time to spare to discuss Sophia’s Greek ancestry, our boyfriend prospects and our post-college plans.  A quick afternoon of tea and sweets turned into a sweet afternoon spent recognizing the richness of our recent adventures and pondering those to come.

It was probably the first time I realized that tea could be about so much more than a beverage.

On a later occasion, the folks and I were traveling together in Wales where we planned to take a series of trains from the enchanting town of Betws-y-Coed (which Dad preferred to pronounce “Betty Co-Ed”) to the coastal town of Porthmadog. 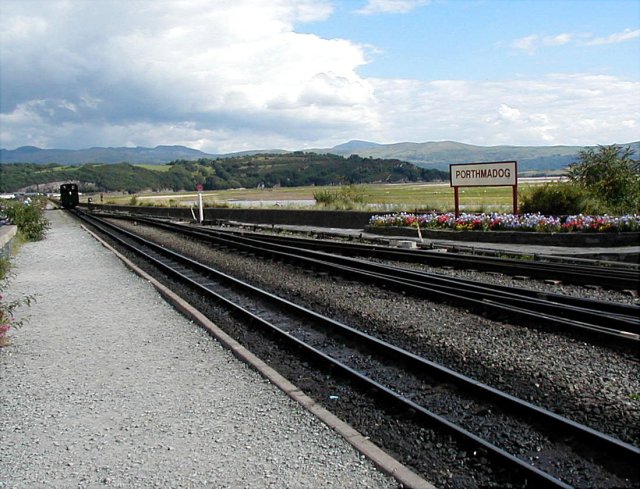 With only a day in the area, we were disappointed to find at our first transfer point that the next train was running considerably late.  Rather than stand stewing beside the tracks, we spotted a place up the nearby hillside where we could have tea.  Still grumbling over the hitch in our plans, we hiked to the little establishment and carried our tea and snacks outdoors to dine amid the spectacular Welsh countryside (again, to which my older photos don’t do justice…and okay, some of us chose coffee that day but, you know, it’s the concept!).

View of the countryside in Wales from our tea house!

There, our moods brightened as we went over the highlights of the grand time we’d just had in Ireland and on our ferry ride over.  I also shared some of the fun I’d had and lessons learned while roaming Wales before on my own (which I chronicled in “The Zen at the ATM Bit”), and we mused about what kind of lives the Welsh ancestors on Dad’s side might have had.

It turned out to be a delightful delay and another example of how special it can be to pause – whether by accident or design – to absorb the full flavor of where we are, what we can see and who we’re with!

Another smile from Dad!

So, I’ve been fortunate enough to learn through traveling that even in the midst of busy and exciting times, it’s important to take that break, breathe and reflect – and I’ve come to love doing so over tea!  This holiday season, I got to attend an annual tea hosted by my dear friend Danielle, and I took Mum to the Huntington for tea and a stroll around its amazing gardens and exhibits.  Very special times! 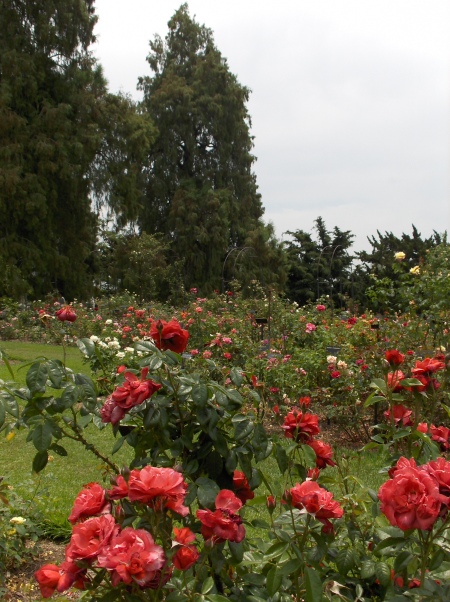 Stopping to smell the roses at the Huntington in San Marino, California.

Wishing everyone a happy 2018 and many such chances both to reminisce and create new memories with friends and loved ones – perhaps over a spot of tea!

← The ‘Twas Another Year Bit
The Bit About My Favorite Fortnight! →
Follow TESSEROLOGY on WordPress.com