The Bit Where Belushi Leads Us To Our Cup 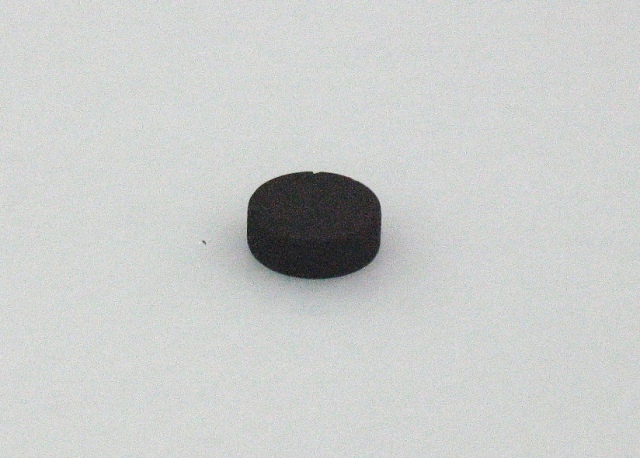 A puck. And ice – the sheet on which great stories shall be writ!

To try and survive these doldrum-y, hockey-less (and hence, meaningless) days between NHL seasons, I sometimes resort to watching video of Stanley Cup conquests past – especially the two by my LA Kings!  But just now, I’m actually recalling a championship run from my own “career” as a recreation hockey player.  It was a time I discovered that the inspiration to keep on battling – sometimes the most important of things – can spring from the most unlikely places!

I can remember it like it was yesterday – better probably since it was much larger for me than an ordinary day.  My women’s ice hockey team was totally excited to have made it to a best of three championship series in our Friday night league!  But the feeling wasn’t to last – we were badly defeated in Game 1, and we took it badly too.  During the crawlingly slow week after, the upbeat email banter the team usually exchanged was conspicuously absent, and the puck drop for Game 2 loomed over us more like a guillotine blade than a chance for glory.

Finally, one teammate – Dedrie – broke the deafening silence by sending around a reminder that yes, we’d lost a game, but by no means had we lost the series.

“C’mon,” she challenged our somber squad.  “Was it over when the Germans bombed Pearl Harbor?!”

I truly believe everything that followed began with Dedrie’s note.

In the Lady Kings recreation league in El Segundo, California (which is still going strong), each team sported a different jersey color by which it was known.  During the rest of the week, my teammates and I led a diverse assortment of separate lives as students, employees and business owners, wives, girlfriends and moms.  But on Friday nights?  On Friday nights, we came together as hockey players. 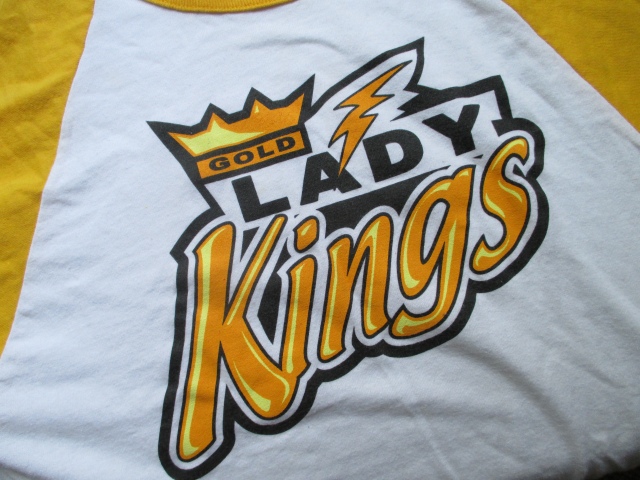 There was a winter and summer league every year, each of which culminated in a best of three final to crown one champion Lady King team.  Okay, there wasn’t an actual crown – but there was a proper trophy cup that every triumphant man or woman rec team got to skate around with and drink a favorite libation from before passing it on to the next winning team of the night.  In this particular winter season, Gold’s hopes of claiming its 15 minutes with the cup were fading.

And it wasn’t like us to get so down!  On any given night, if you walked into the Gold locker room after a game, you wouldn’t know whether we’d won or lost since, either way, the level of happy energy and noise was pretty much the same.  Because we were mainly about the fun.  In fact, if it was a late game (games could start after 11:00 at night…), the conversations and laughs could echo around the empty rinks well into the morning.

Beyond the pure pleasure of ending each week with a sort of party, those locker room gatherings could also be great therapy!  Because whatever you were going through,  whether mundane or monumental, there was likely a teammate in the room who’d been through it too and was ready for you to take a seat on the bench beside her, talk it over and help however she could.

What a gift that was!

And although we were committed to playing for fun, it’s not like we didn’t still always want a nice bow for that gift – we wanted the championship.  Because we knew the elation to be felt from hitting a teammate’s tape with a solid pass, from breaking up a two-on-one rush, and especially from scoring the game winning goal.  We wanted that fun too! 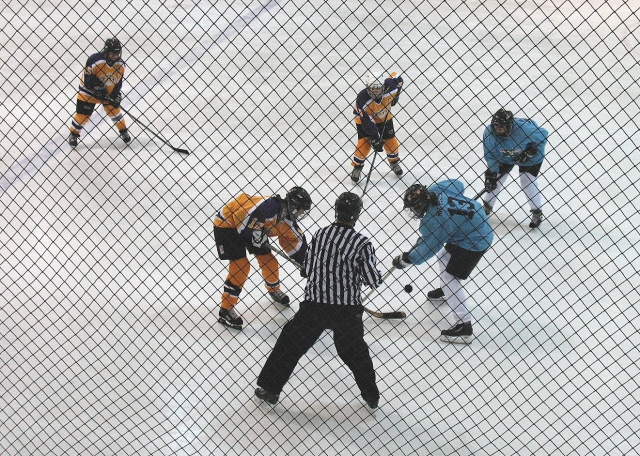 So Dedrie sent out her email to try and get the team back in a winning frame of mind.  What she didn’t realize was that, while all we Golden girls shared a love for hockey, not all of our cultural references were shared.  Now, I knew she was quoting a line from one of the all-time great comedies, Animal House (1978).  (If you’re okay with some naughty language, you can Google “Animal House Pearl Harbor” to find it.)  I instantly recalled the hilarious scene where John Belushi’s character Bluto gives a stirring (if historically inaccurate) speech to his dejected frat brothers after they get expelled from college – and a genuine smile came to my face for the first time in days.

But not everyone was along for the comic ride…

Several teammates who hadn’t seen the movie responded to Dedrie privately (and delicately) that, well, the Germans didn’t bomb Pearl Harbor – and they were sure she’d want to clear that up with the team.  Exasperated, Dedrie posted a link to the scene to bring everyone in on the joke – and to put to rest some serious questions about the quality of her education.

Okay so, technically, Bluto is inciting his fellow frat boys to go out and take revenge, destroy property and disturb peace and stuff – but that wasn’t our takeaway.  Nor did our on-ice rallying cheers change after another teammate then shared Bill Murray’s similarly uplifting speech from Meatballs (1979) where he fires up kids for competition with a rival summer camp by getting them to chant that, win or lose:  “It just doesn’t matter!”  Nope.

Dedrie’s message (right along with some people’s misunderstanding of it) proved to be just the brand of sports psychology we needed because, there and then, the team just – lightened – the heck – up!  That sense of playing for fun was restored, pre-game emails full of mirth and excitement started to flow once more like Miller Lite into a flip cup, and all was right again with our little hockey world! 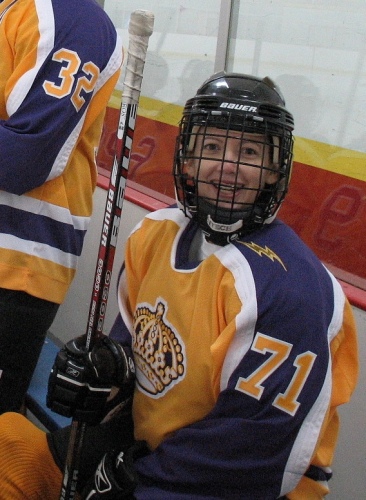 Ready to have fun!

You know, it’s true that winning isn’t everything.  Even so, I’m more than a little pleased to share that on that fateful Friday night, the Gold Lady Kings hit the ice in a relaxed, confident – and oddly humorous – mood, tied the series by taking Game 2 and went on to win Game 3 to clinch the women’s winter league title!  Did our comedy-inspired, come-from-behind victory make national or even local news?  Did it change any lives?  Nah.  The following Monday, we were back at our jobs, taking care of our kids, cleaning our homes and running our errands.  But maybe the fact that we’d faced adversity on the ice and had risen together to meet it made us stand just a little bit taller.

And did we have fun! 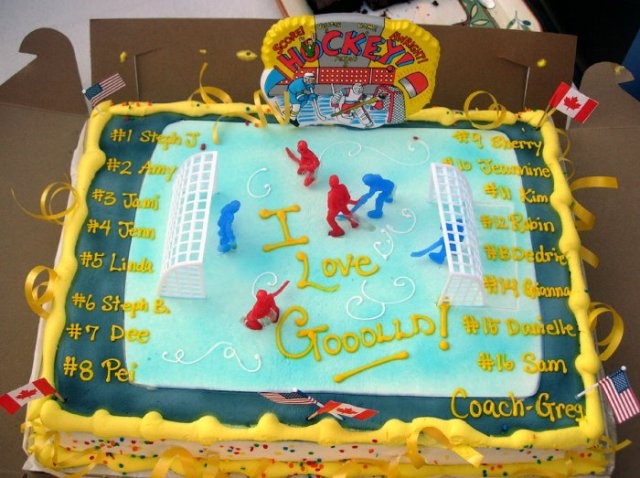 I’ve “hung ’em up” now.  But if my skates are no longer sharp, the fond memories of being a Gold Lady King still are!  Plus, I was doubly blessed in my days as a player to be showered with the same gifts of joy and camaraderie as a member of the LA Chill women’s travel team (Click here to read about my adventures with the Chill!).  Beyond the losses and even the wins, what matters most to me – and what will stay with me in all the less-large, off-ice years to come – are the remarkable bonds forged with the ladies in those locker rooms.  And the greatest gift of all has been to discover that the bonds endure!

So if someone should ever ask you whether it was over when the Germans bombed Pearl Harbor,  I hope you’ll give them the benefit of the doubt on their schooling.  Odds are what they mean is that nothing is over until you decide it is.  We Gold Lady Kings didn’t all recognize this at the start of that championship year.  But we did by the end.

And we proved it too. 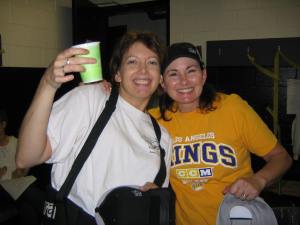 P.S.  Full disclosure – the photos in this post don’t correspond with that championship run but were culled from other “Golden” occasions.  Just thought you should know.