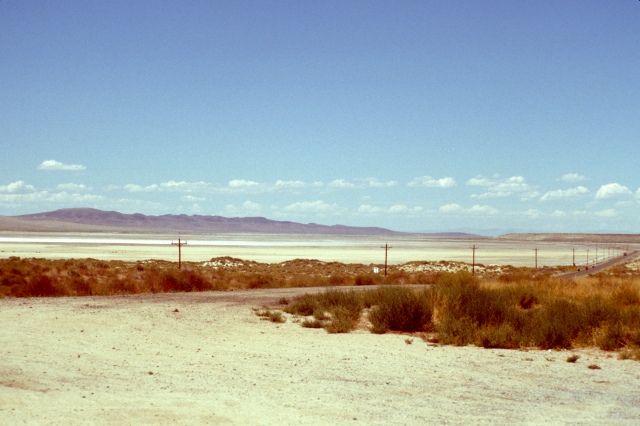 An old view of the desert (which I’ll bet is little changed)!

Nope – not a type-o.  Although sweet desserts are irresistible to me (too much so…), there’s also something I can’t resist about exploring deserts in all their forms!  And the more I learn, the more I wonder just what each is truly about!

For starters, I’ve long thought that I live in a desert – well, the converted desert of Los Angeles.  In the delightful Steve Martin movie L.A. Story that came out the year I moved here, one character refers to this city as a desert – and that’s been good enough for me.  (Then again, Mr. Martin used to do stand-up comedy with a banjo and an arrow through his head, so skepticism might have been in order…)

Others, however, who aim to take the subject more seriously (like Glen A. MacDonald in his article for the American Association of Geographers) assert that the idea Los Angeles was ever a desert is just one more of those myths routinely churned out in this neck of the maybe-not-desert-but-definitely-not-so-much-woods.

While no expert, I think it’s fair to say that if rainfall here has historically been enough to exempt us from “desert” status, its unpredictability had to be addressed before LA could become the metropolis it is now.  Apparently, there were years of drought but also years when the Los Angeles River inconveniently overflowed its banks.  Expansion of this former pueblo was accomplished largely by the, um, acquisition of water from the Owens Valley via the Los Angeles Aqueduct (an epic story in and of itself).

The “Cascades” section of the LA Aqueduct in Sylmar.

And while the LA River is still here, its banks are now cemented into their course.  I must say that for much of the year – and for years at a time – I find it hard to imagine what the fuss could have been about.

The LA River “winding” from Burbank toward Universal City.

Okay so maybe I got the desert definition wrong for LA.  But I feel I’m on pretty firm ground (or sand) when it comes to some of the territory I covered on my first ever solo road trip way back in the day – because the word “desert” is even in the region’s name!

On a Mark Twain inspired expedition from California to Missouri, I crossed Nevada and Utah through a wonderfully diverse area called the Great Basin Desert (home to Great Basin National Park).  I started my journey east on US Route 50 – a highway once dubbed “The Loneliest Road in America”.  And if being deserted is the same thing as being a desert, well, fair pieces of this road totally fit the bill!

I suppose I should have been a bit nervous being out there on my own.  I knew next to nothing about cars.  And I knew next to nothing about mobile phones since they weren’t a thing yet.  Still, there I was rambling along barren stretches of road with nothing like a gas station to pull into for miles at a time, and not even a cactus fat enough to shield me if I had to make a pit stop of a personal kind…

Even so, I was never lonely.  Instead, I felt myself in the company of the Native Americans who etched pictures on rocks where they hunted along the margins of an ancient lake (Lake Lahontan).  I hung with the men who used to mine in caves for something called guano (an intriguing idea until I learned what guano was…).  And I raced alongside Pony Express riders as they carried mail at breakneck speeds from station to station between St. Joseph and Sacramento. 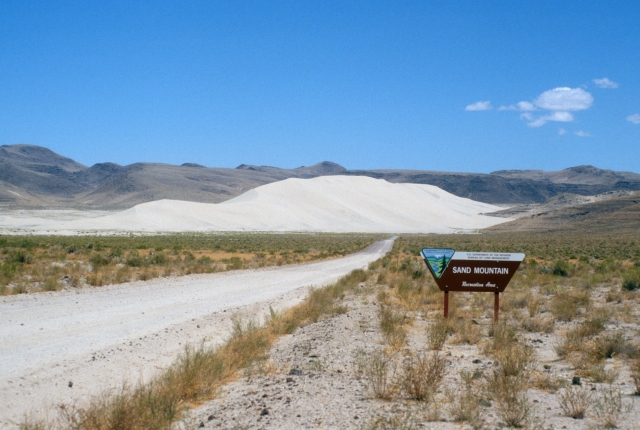 I couldn’t help feeling a bit of kinship with those who’d struck small bargains to make it in the desert, neither taming nor being tamed as they went – and of all of it, I stood in awe.

My, how times can change!  Where it used to be a gamble just to get across some deserts of the West, now gambling of a different kind has helped completely transform them!

It’s still a partially desolate drive if you head northeast from Los Angeles.  After several dullish hours, you finally climb up through a mountain pass, then drop down the other side to view one of the most incredible manmade oases I bet there’s ever been.

Afraid I do have a taste for gambling.  It’s a more electronic and sterile affair now, but I fondly remember days of wandering casino floors carrying a bucket of quarters for feeding into selected slot machines with my oddly blackened fingers.  While there are no buckets anymore, there may be items for the bucket list!  Though I personally haven’t dreamed of having Elvis officiate at my wedding, Vegas has proved a fanciful destination for me to indulge in other pastimes like playing and watching ice hockey, catching the acts of favorite comedians and performers, marveling at medieval jousts while eating with my fingers, and recently tearing it up on a KISS themed mini golf course!

A stroll along the ever-evolving Strip calls to mind anyplace but a desert!  In a matter of blocks, I can imagine I’m in Paris, Rome or Venice, or am just living in the kind of opulent style to which I’m not accustomed and am certainly not equipped – well not yet, anyway!

For good or bad, I do get enchanted by Vegas and its unapologetic excesses.  But just last year, I fell under a different form of enchantment when I visited Joshua Tree National Park for the first time.  The magic of this desert is not what we’ve turned it into, but the extent to which we’ve let it be.

While visiting Palm Springs with Mum, I asked whether she was up for a side adventure in what was uncharted territory for us.

So we set off for a brief but beautiful day trip to Joshua Tree.  I was glad I checked the  National Park Service website beforehand because amenities that would spoil the natural views of the Park are kept to quite a minimum.  Where in Vegas you can purchase an adult beverage anywhere and careen down the street drinking it (you know, so I hear), if you even want water in Joshua Tree, it’s pretty much “bring your own”.  So I got us some sandwiches and drinks from a supermarket first, then headed over a little mountain range and into the Park from its south side.

As I’ve noted before, it’s like entering a different world!   No skyscrapers.  No freeways.  Just undisturbed desert gardens, fascinatingly shaped rock formations, and trails just begging to be taken off into the unknown!  I can’t wait to go back and see even more!

Nice spot to stop for lunch!

Mum enjoys our “restaurant” with a view!

I’ve also been lucky enough to be charmed by other western deserts!  I’ve hiked the mountains of Death Valley where the temperature surpassed ninety degrees before breakfast-time – in October.  The folks and I have studied calcium carbonate “tufa towers” beside Mono Lake.  And I’ve had the delightfully incongruous experience of playing ice hockey in Phoenix, Arizona on many a triple-digit-hot Memorial Day.

Even if some would argue about including Los Angeles on any list of desert cities, I do love what that L.A. Story character says of the town:

“It’s a place where they’ve taken a desert and turned it into their dreams.”

Turns out I’m with those who through the ages haven’t viewed deserts as lacking what’s necessary for life but who’ve seen them, rather, as full of possibility!  Yup, I’ve been known to revel in the ways we’re now able to exploit those possibilities – but I’m pleased too that we’ve also seen the wisdom in sometimes leaving well enough alone.

The result is there are deserts that challenge us to make our dreams come true, and ones that invite us to pause there for a moment or two – and simply to dream. 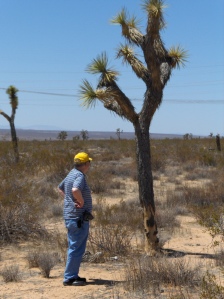 ← The Bit About My Favorite Fortnight!
Alaska: The Outside View Bit →
Follow TESSEROLOGY on WordPress.com